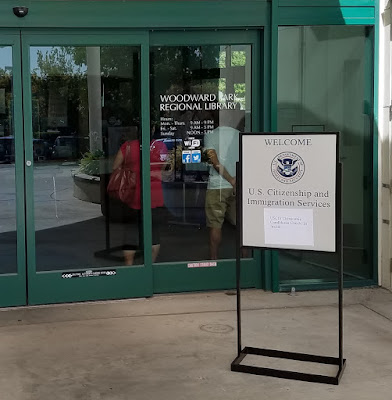 There are different ways of gaining U.S. Citizenship.  Many of us are born in the United States.  Citizenship is automatic when you are born in the U.S.  Then there is Naturalization, where an adult spends years in the U.S. as a Lawful Permanent Resident and fulfills all the requirements of naturalization.  That includes learning basic English, passing a civics exam and a thorough background check as well as several other steps and expenses.  Another path is being the minor child of a U.S. citizen.  The minor is born in another country but has at least one parent who is either a natural born U.S. citizen or becomes a naturalized U.S. citizen.  The minor-aged children of those citizens are then eligible to apply for citizenship. 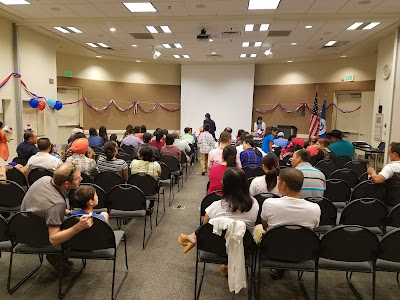 On August 13, in partnership with United States Citizenship and Immigration Services (USCIS), the Fresno County Public Library hosted a Citizenship Ceremony for 26 of those young new citizens ranging in age from 8 to 18.  The Woodward Park Regional Library was decked out in red, white and blue for the event. 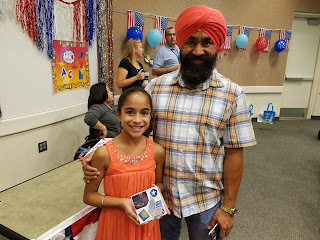 The Library had activities throughout the ceremony to showcase how FCPL is a part of the community.

During registration hour, there were two crafts available.  For our younger guests, we had a construction paper Chinese Lantern craft while our tweens and teens were able to make modge podge tile coasters. 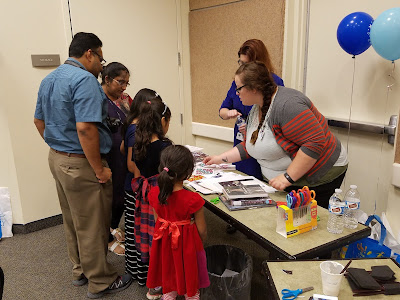 After USCIS officials opened the ceremony, WoW! Librarian Michelle Gordon offered some welcoming remarks, touching on her experiences working with the immigrant community in Fresno County.  Then two more FCPL librarians showcased their own talents.  Nicole Settle, the county-wide Children’s Programming Librarian, read a story about the U.S. flag.  That was followed by Woodward Park Regional Library’s Youth Librarian, Tiffany Polfer, providing a book talk (think movie trailer but for books) for the tweens and teens in the audience. 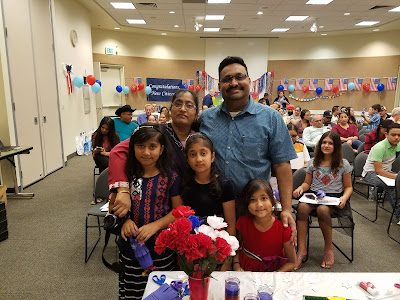 Tiffany then took all the candidates on a tour of the Woodward Park Regional Library that ended in the children’s room.  There, all 26 candidates took their Oaths of Allegiance, which was administered by the Fresno Field Office’s Supervisory Immigration Services Officer.  After the Oath, everyone said the Pledge of Allegiance and watched a short congratulatory and welcoming video by President Obama.  USCIS then presented the certificates of citizenship to each new citizen. 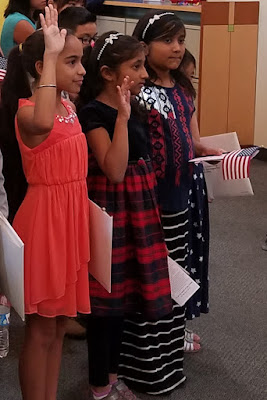 It was a wonderful and special event.  FCPL has made a large effort to offer more comprehensive resources to Fresno’s immigrant community.  We offer Citizenship Corners in numerous branches currently and are expanding those locations monthly.  Another Citizenship Ceremony is scheduled for September 17, 2016 at the Central branch. 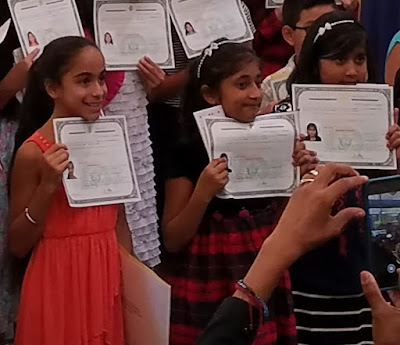 Posted by Michelle.Gordon at 3:20 PM No comments: